Back in late August 2010 I was taking lunch with my wife in her office in Senneville when I saw a Black Saddlebags Tramea lacerata (Traméa Lacérée) patrolling the gap between her block and the next. I knew that they were rare in Québec and cursed myself for not having a camera in the car. Later that same day I made my customary visit to St-Lazare sand pits (birding) and found some more! For the next few weeks I saw many Black Saddlebags around the pits, I also had one in the garden!

The species was considered a migrant to the area and those individual previously recorded were just that but the St-Lazare insects were observed ovipositing and I hoped that we might have the foundation of a colony. The next year odd ones appeared and then in late August they became relatively common. This abundance gave me the opportunity to get an idea of their habits and also let me immortalise them via the camera. I found that they are territorial but not aggressive to other odes. They roost, often colonially and that favoured places are used annual by subsequent populations. I also found that they can be very confiding and, with patience and caution, will allow close approach.

Despite the changing nature of St-Lazare sand pits – the owner in-filled a large stretch of the saddlebags’ favourite stretch of water, they have appeared with some regularity. There appear to be three emergences. The first is in late May or early June and is small but obvious. The second is in July and usually has just the odd insect, the third is the main one is in late August and into September when Black Saddlebags is almost a ‘given’ in suitable weather.

This is the fourth season for them at St-Lazare sand pits and, right on cue I’m seeing them again. On 21-August I saw a fresh insect flying but it coincided with the presence of a Spot-winged Glider Pantala hymenaea (Pantale bimaculée), a species that I have also seen annually at the pits but that seems to be just a regular passage migrant. Yesterday I visited and saw at least two saddlebags, one a fresh teneral and so it is fair to say that, if you want to see one in Quebec, time to saddle up and ride out to the pits.

Below are a couple of shots from yesterday, one with the Canon SLR and 100-400 lens, the other with the little Panasonic. 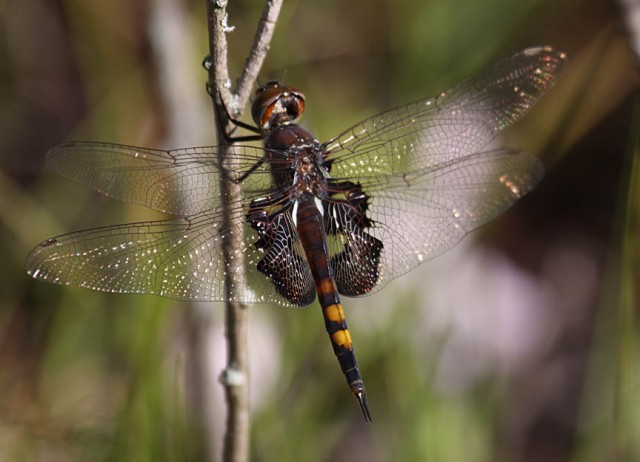 Their favoured area is easy to find. Go through the metal gates at the works entrance at the junction of Montee Robert and Chemin Lotbiniere. Walk down the hill but keep left, taking the sandy track that hugs the high banks. After you pass the obviously defunct earth mover start looking on your right. They roost at heights up to about 1m, usually on Willow. If you flush one just stand back and watch it, if you are early in the day it will probably land again quickly and more than likely where you flushed it from.

Below are a few shots from previous years just because they are nice to look at. 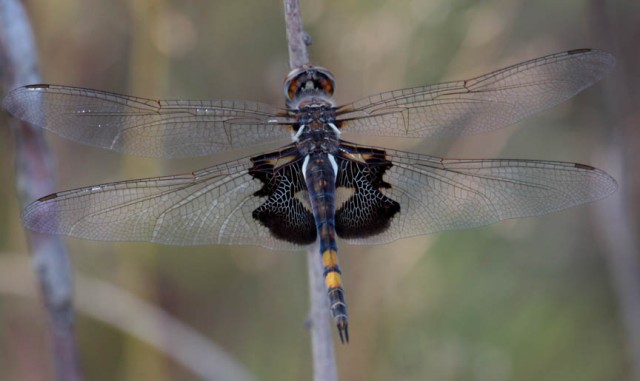 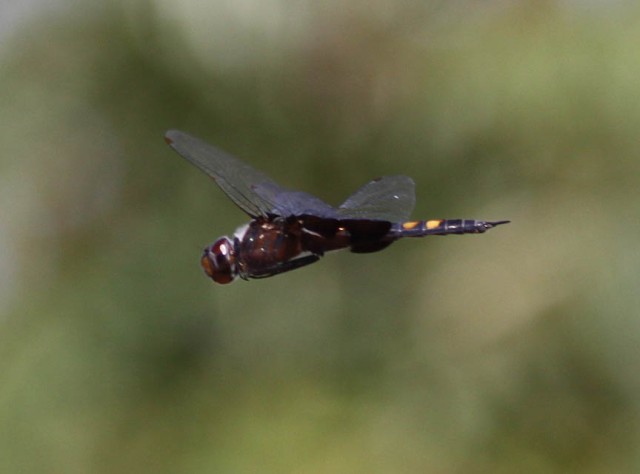 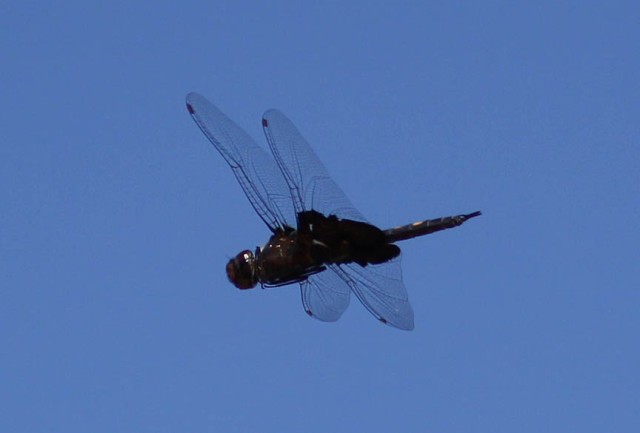 I'm a birder, I also look at odes and leps, busy guy.
View all posts by mdinns15 →
This entry was posted in Libellules, Odonata, Odonates du Quebec, Quebec Dragonflies and tagged Black Saddlebags in Quebec. Bookmark the permalink.