Got my Little Bluet

The warm weather inspired Sandra (with persuasion) and I to get out odeing, the intention being to try to track down a life tick Little Bluet. The text in Poulson said large, active lakes so where better to try than Pubnico Lake, just down the road from us. The lake was certainly active with boats going to and from camps and Barn Swallows busy at any insect they could snare. The breeze got up a little too but the vegetated margins of the lake were just what I was looking for and I found them easily.

Little Bluet has a limited distribution, being pretty much restricted to the very north-east USA, New Brunswick and Nova Scotia. Although called Little Bluet, they don’t look so small in isolation, the only other bluet type around with them was Eastern Forktail however, compared to Powdered Dancers there were on the small side. Here are a few images, note especially the purplish wash to the thorax. 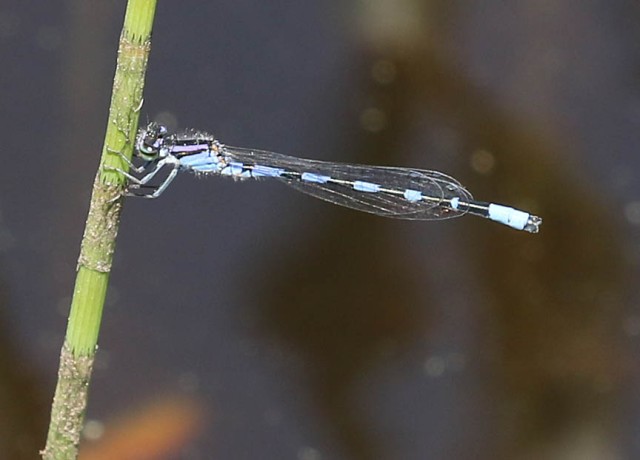 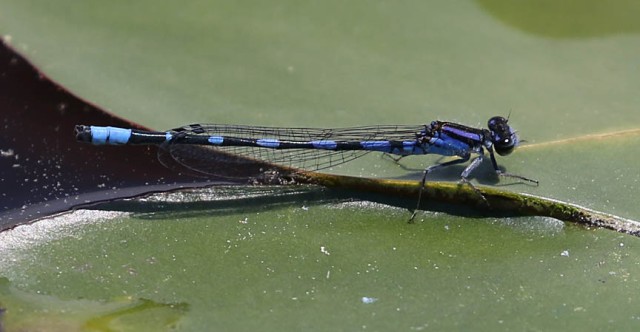 Powdered Dancer shared the same lakeshore habitat but is much more of a rock percher. 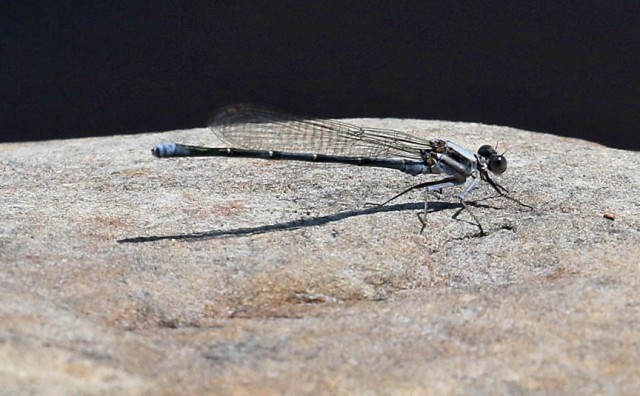 After that success we went off to Wireless Station Road, Barrington where seepage and a wash from a rock extraction quarry usually has a few odes. It was here where I thought I had a Petite Emerald last year so I’ll be paying it a bit more attention this.

Common Whitetails were pretty obvious. A female was ovipositing while a couple of males lingered. 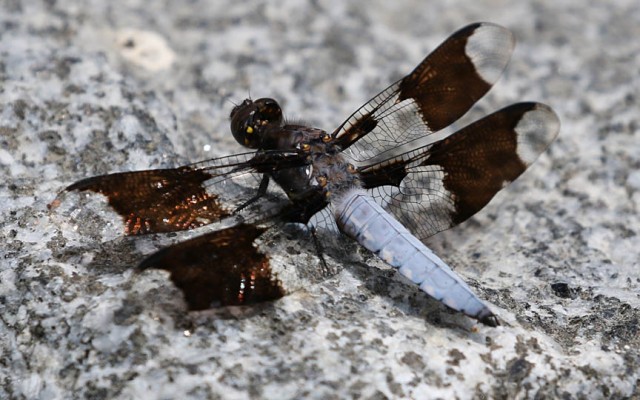 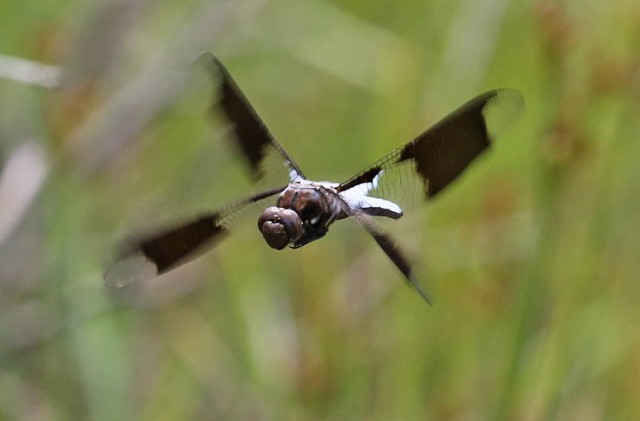 Nearby a female Twelve-spotted Skimmer sunned itself. 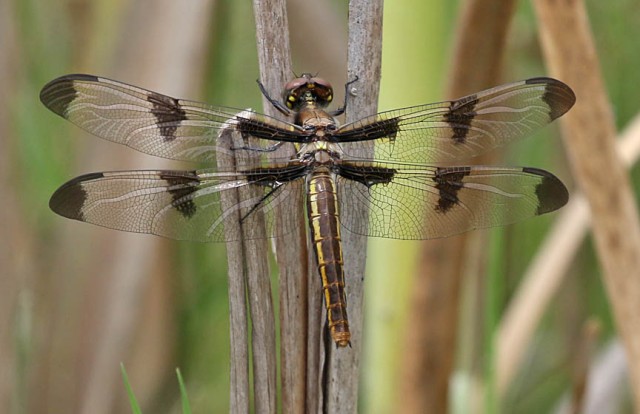 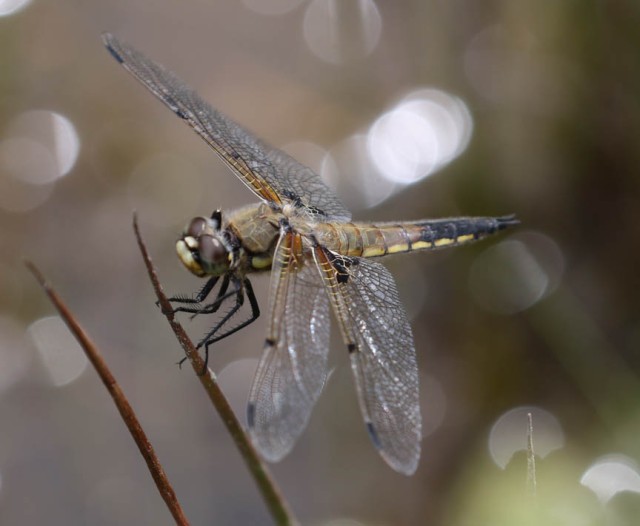 Damsels were few and far between, but I netted this Azure Bluet for an ‘in-the-hand’ shot and a close-up of its terminal appendages. These appendages are diagnostic in bluet ID although nothing looks quite like an Azure Bluet. 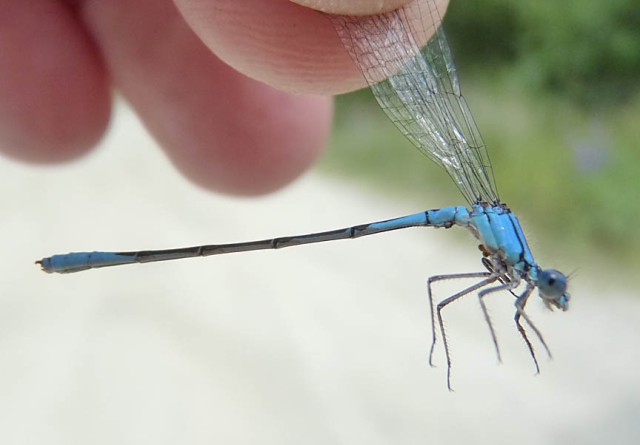 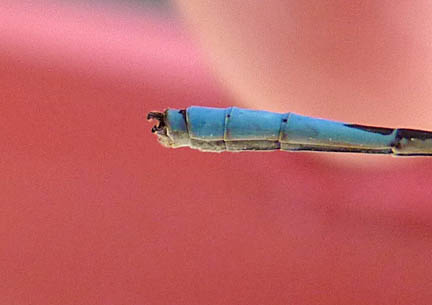 In addition to the odes illustrated I also added White Corporal, Wandering Glider and Green Darner to the year list.

My next target species is Mantled Baskettail, we should have them locally but baskettails (well most) are notorious for rarely landing so, if I find one, it might be a net job.

I'm a birder, I also look at odes and leps, busy guy.
View all posts by mdinns15 →
This entry was posted in Dragonflies in Nova Scota, Nova Scotia Odes, Odonata. Bookmark the permalink.